Bridget Fox, our Parliamentary spokesperson for the Cities of Westminster & London, has written to the incoming leader of Westminster City Council, Cllr. Nickie Aiken, to congratulate her on the Council's call-in of its decision to sell land at Temple Underground station to the Garden Bridge Trust (GBT).

Bridget's letter, also addressed to Brian Connell, the one Conservative councillor who voted for the call-in, also calls for the special committee meeting at which the decision will be reviewed to be open and transparent in it's scrutiny of the GBT's application.

The decision to agree to the Garden Bridge Trust's application to acquire the land at Temple Station was done without any public discussion, and it was only through lobbying individual councillors on the scrutiny committees that the call-in has been secured.

The date of the special scrutiny meeting is still to be announced, but we will continue to lobby for this decision to be reversed, in-line with the stance that our GLA Member, Caroline Pidgeon, has championed at City Hall. 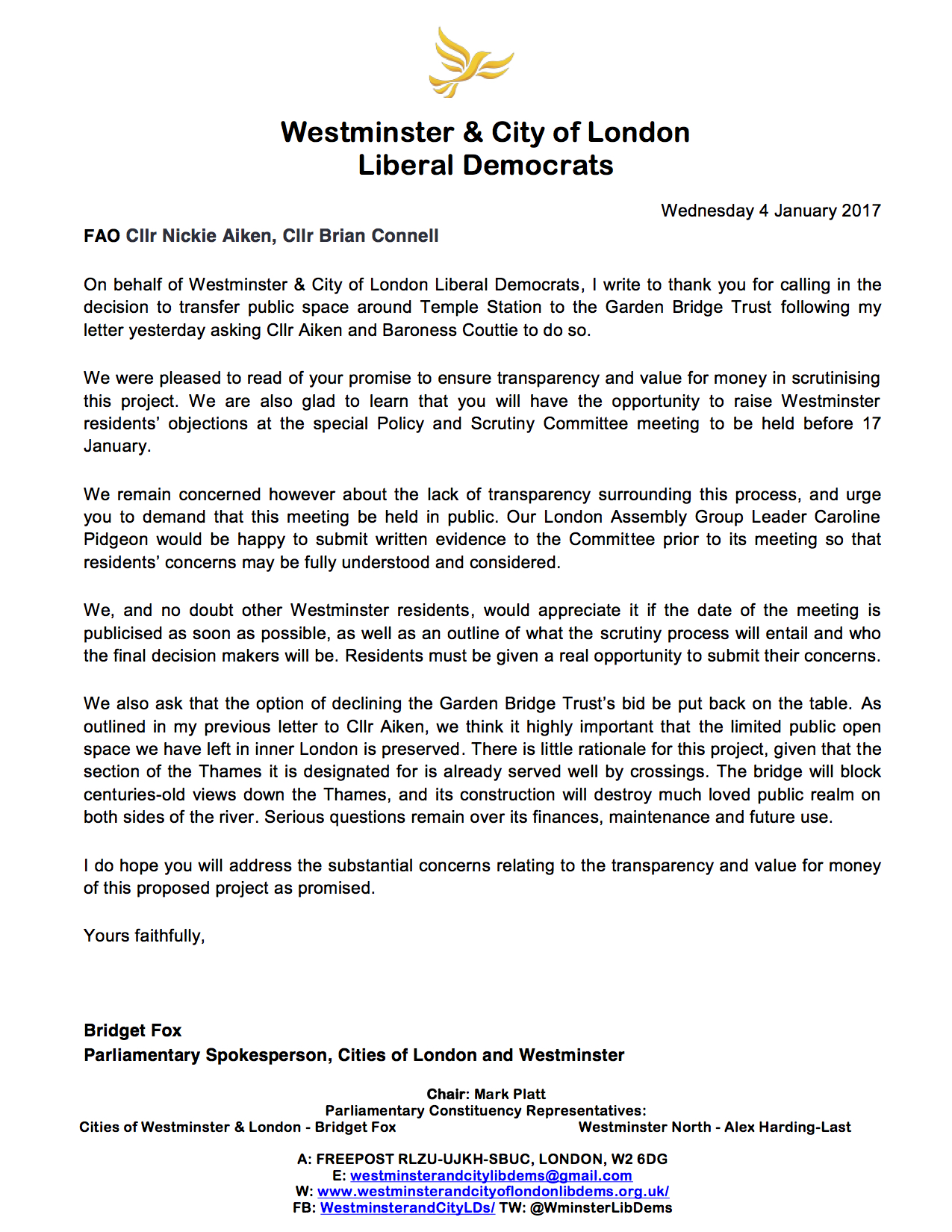