Jeremy Corbyn's speech showed a lack of clarity, and finally demonstrated his lack of commitment to the UK's membership of the European Union, says Bridget Fox, Parliamentary spokesperson for Westminster and City of London Liberal Democrats.

“By giving a half-hearted pledge to ‘push to maintain full access to Single Market’, yet at the same time conceding the Labour Party is ‘not wedded to freedom of movement’, Jeremy Corbyn has confirmed the long-held view that he doesn't understand or believe in Britain's future in Europe.

The full text of Bridget's press release is available below. 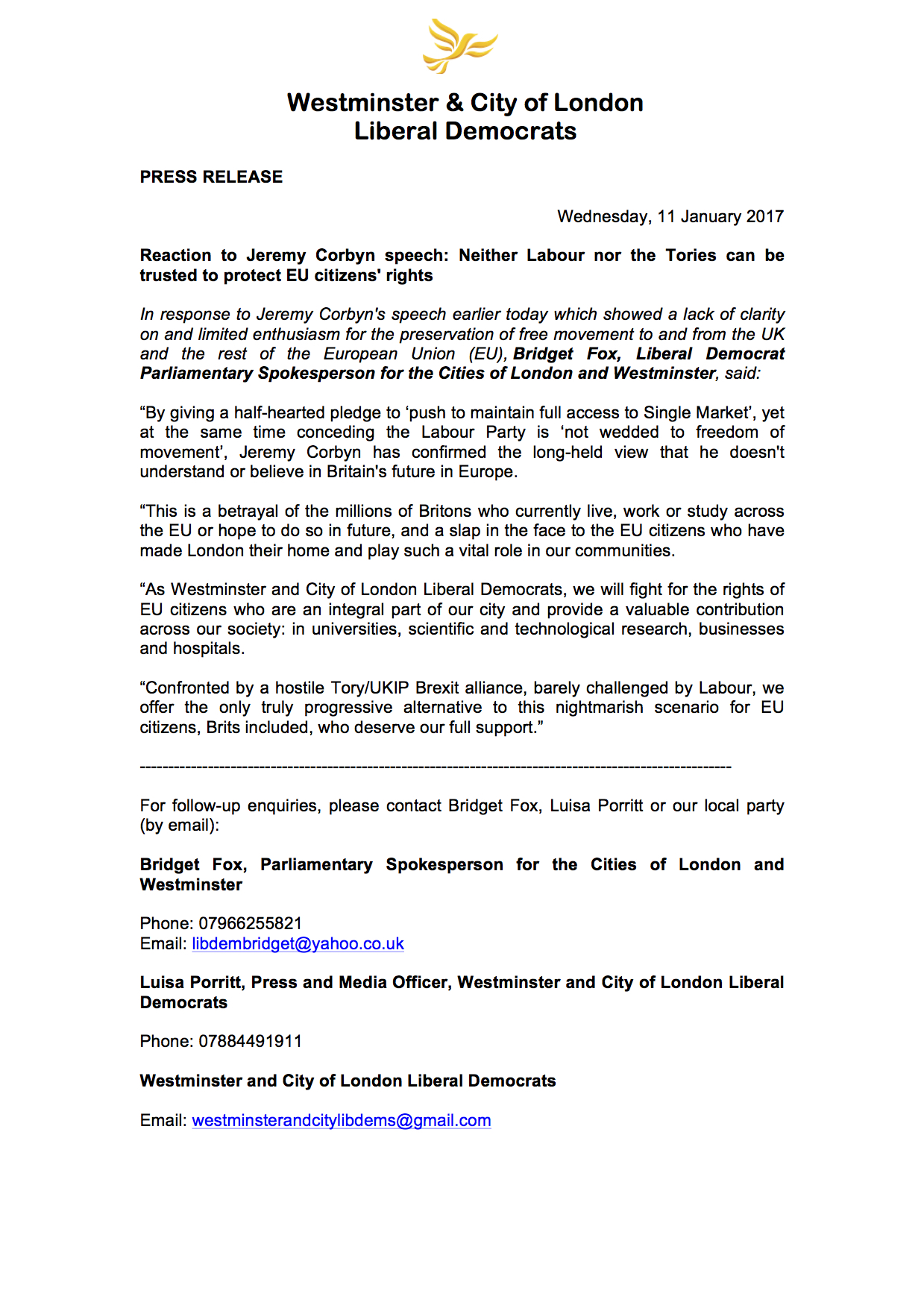