Commenting on the news that both UBS and HSBC are planning to relocate some staff from London due to Brexit, Bridget Fox, Liberal Democrat Parliamentary Spokesperson for the Cities of London & Westminster said:

"The Prime Minister's Brexit vision is a nightmare for the London economy on which so many jobs and so much public spending depend.

"While the Government gives us empty promises of a brighter future, the reality is that major firms are already planning their own Brexit, leaving London for other European centres.

"We need a positive alternative that sees a secure place for Britain within the Single Market. With no opposition from Jeremy Corbyn's Labour, it's small wonder that people are flocking to the Liberal Democrats."

See below for the full press statement. 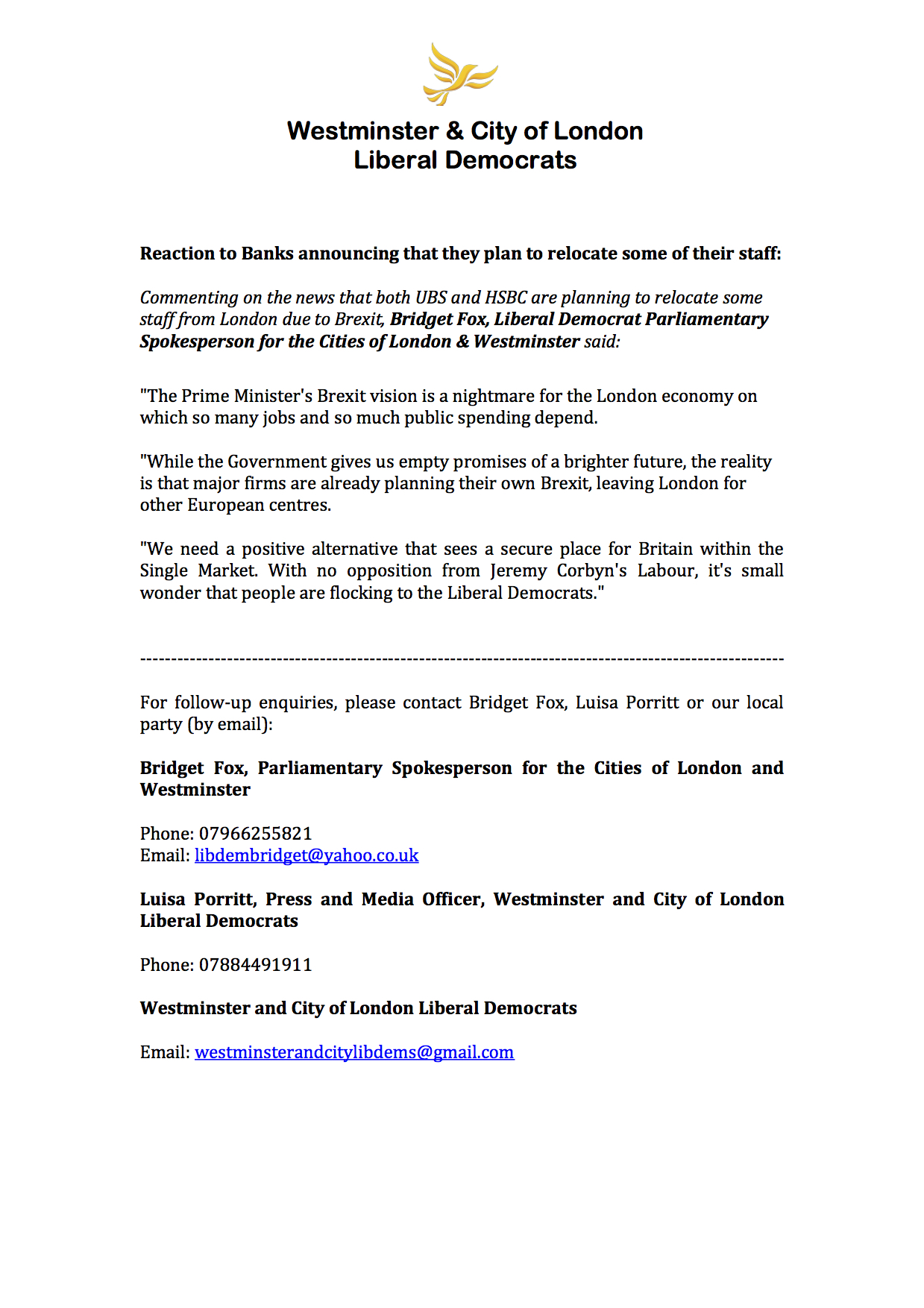