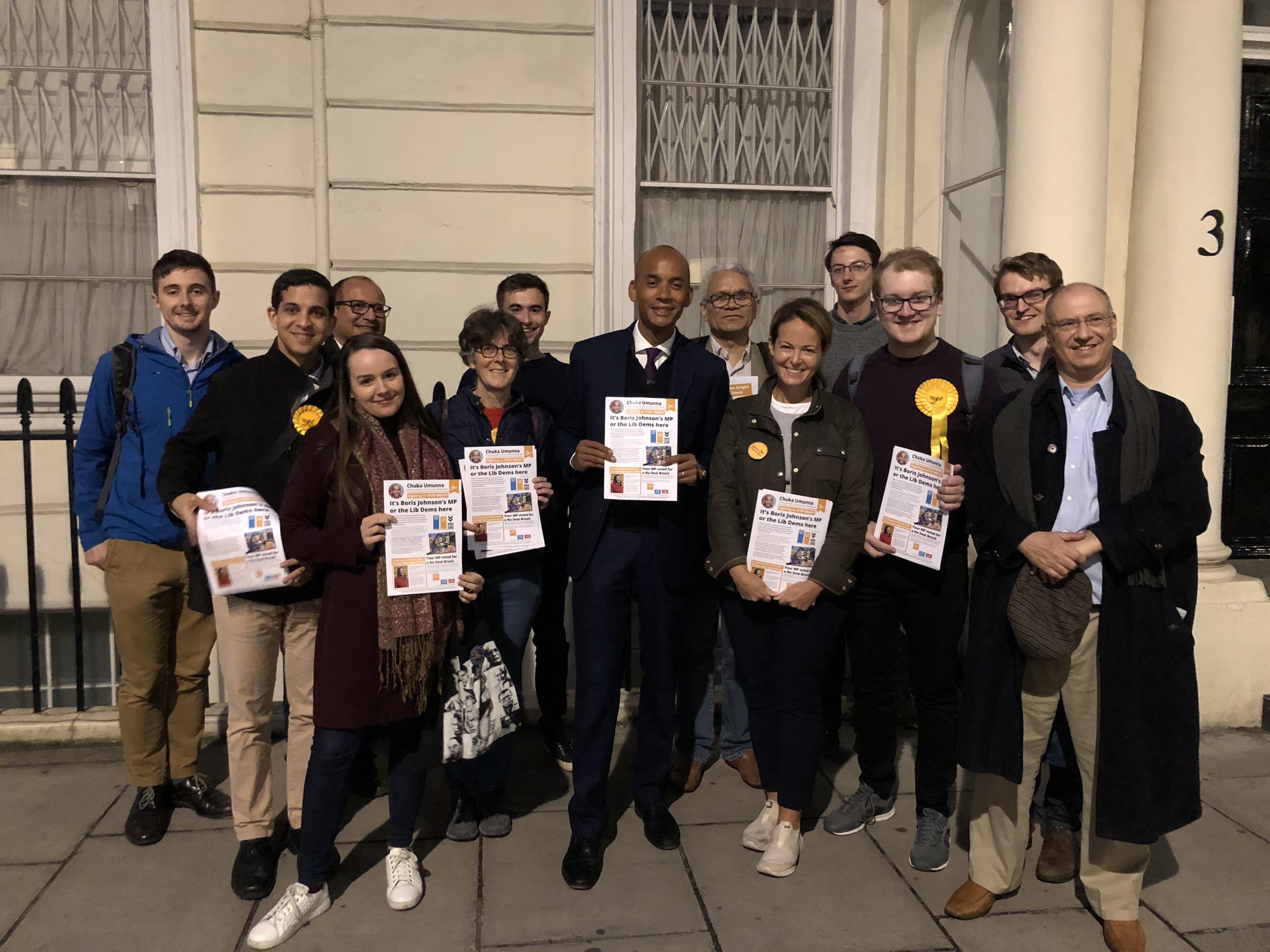 We held our first campaign session in Pimlico following the announcement of Chuka Umunna as our candidates in Cities of London and Westminster!

Chuka was joined by local activists and the Young Liberals to talk to local residents in Pimlico about our plans to Stop Brexit, and it was a tremendous success. We talked to scores of former Labour and Conservative voters ready to back Chuka to win this seat and deliver a Remain MP for Two Cities. 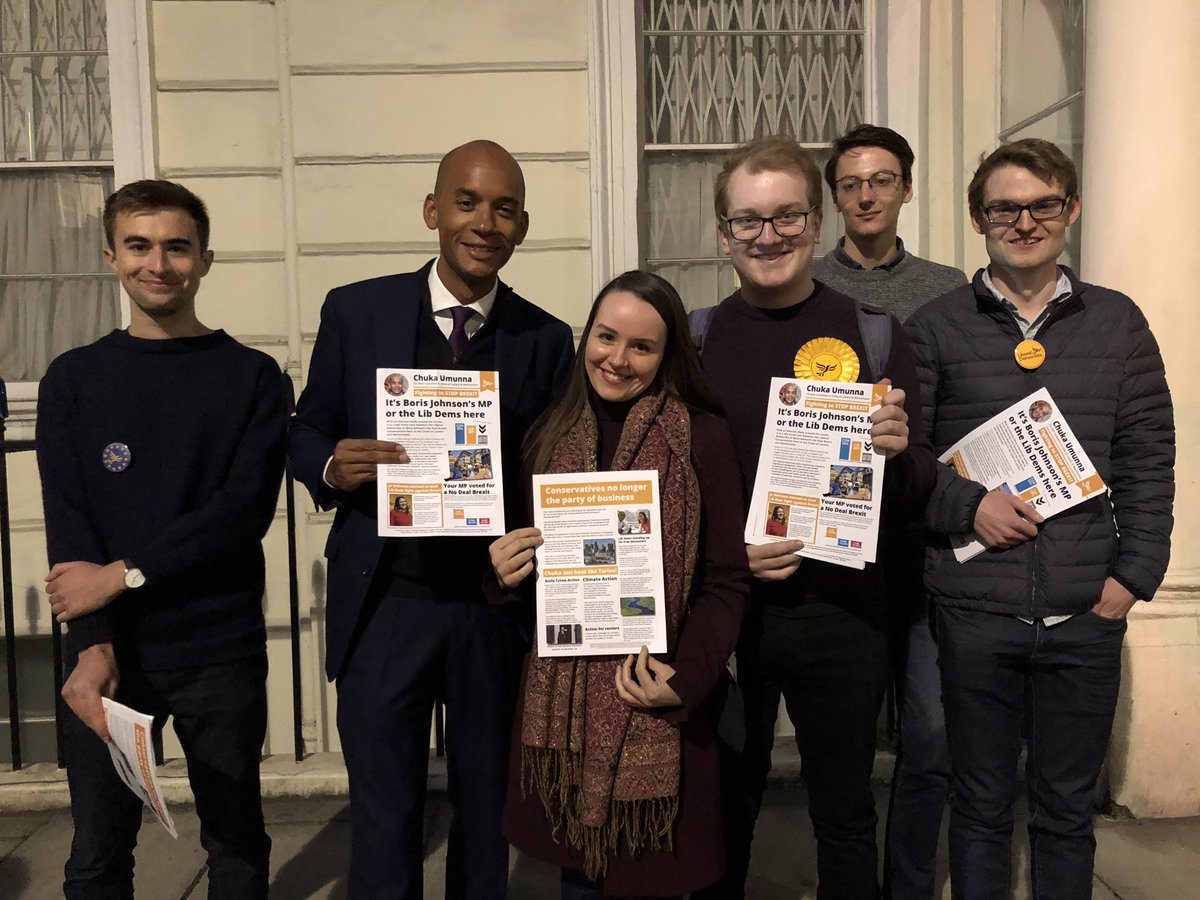 We will be holding daily canvass sessions in the run up to a potential General Election later this year, head over to our Upcoming Canvassing page to find details!