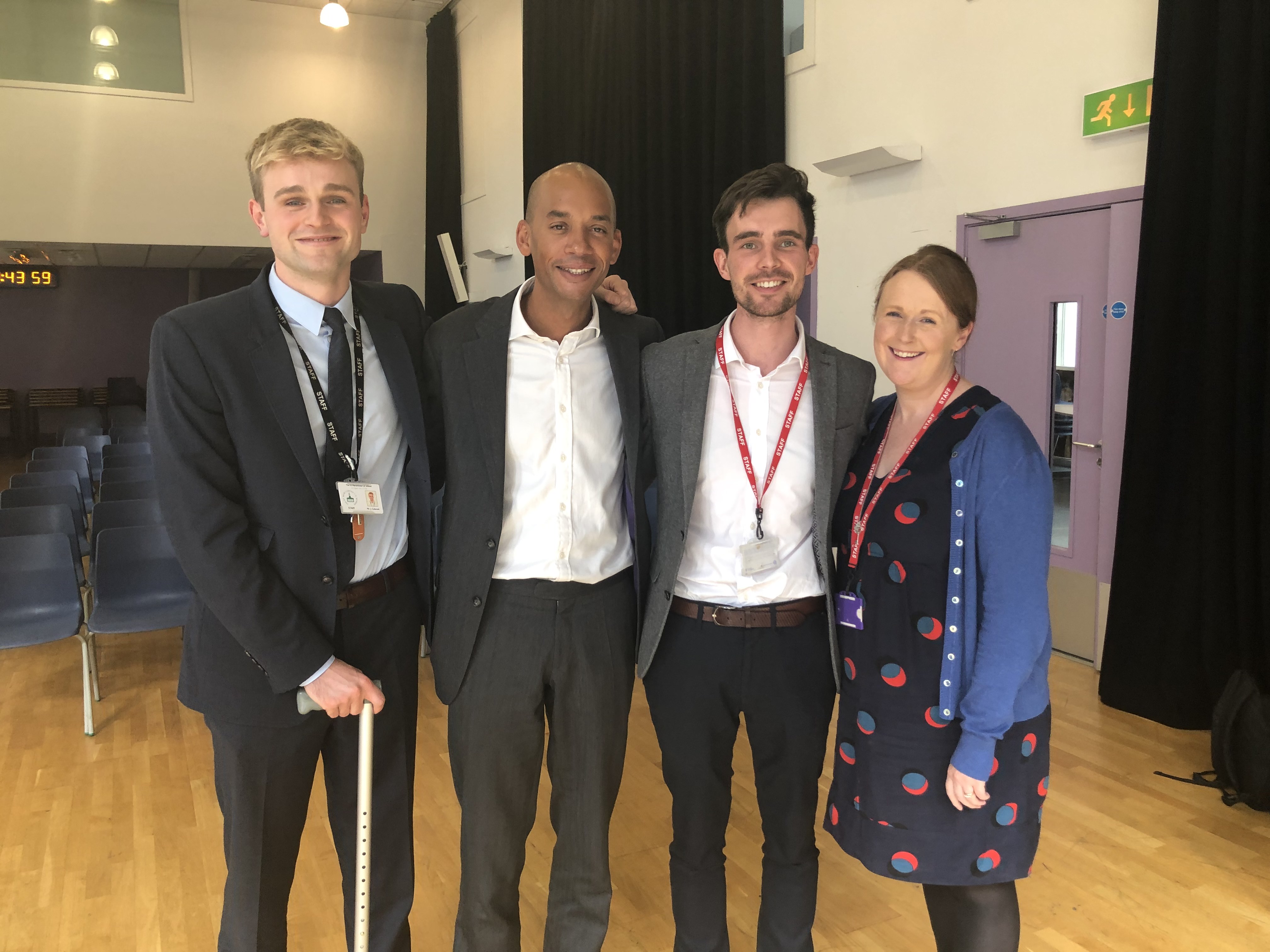 Chuka visited St Marylebone Sixth Form to take questions from students about Brexit, education, and his campaign to become the Liberal Democrat MP in the Cities of London and Westminster.

He answered questions on climate change, the voting system, Brexit, and his defection to the Liberal Democrats from students from both the sixth form and the Girls school.

St Marylebone is in the heart of the Cities of London and Westminster constituency, and is round the corner from where Chuka used to be based as an employment lawyer for businesses and employees in the area.

Chuka emphasised the importance of registering to vote, as young people could really make a difference in the next election to prevent a disastrous Brexit.