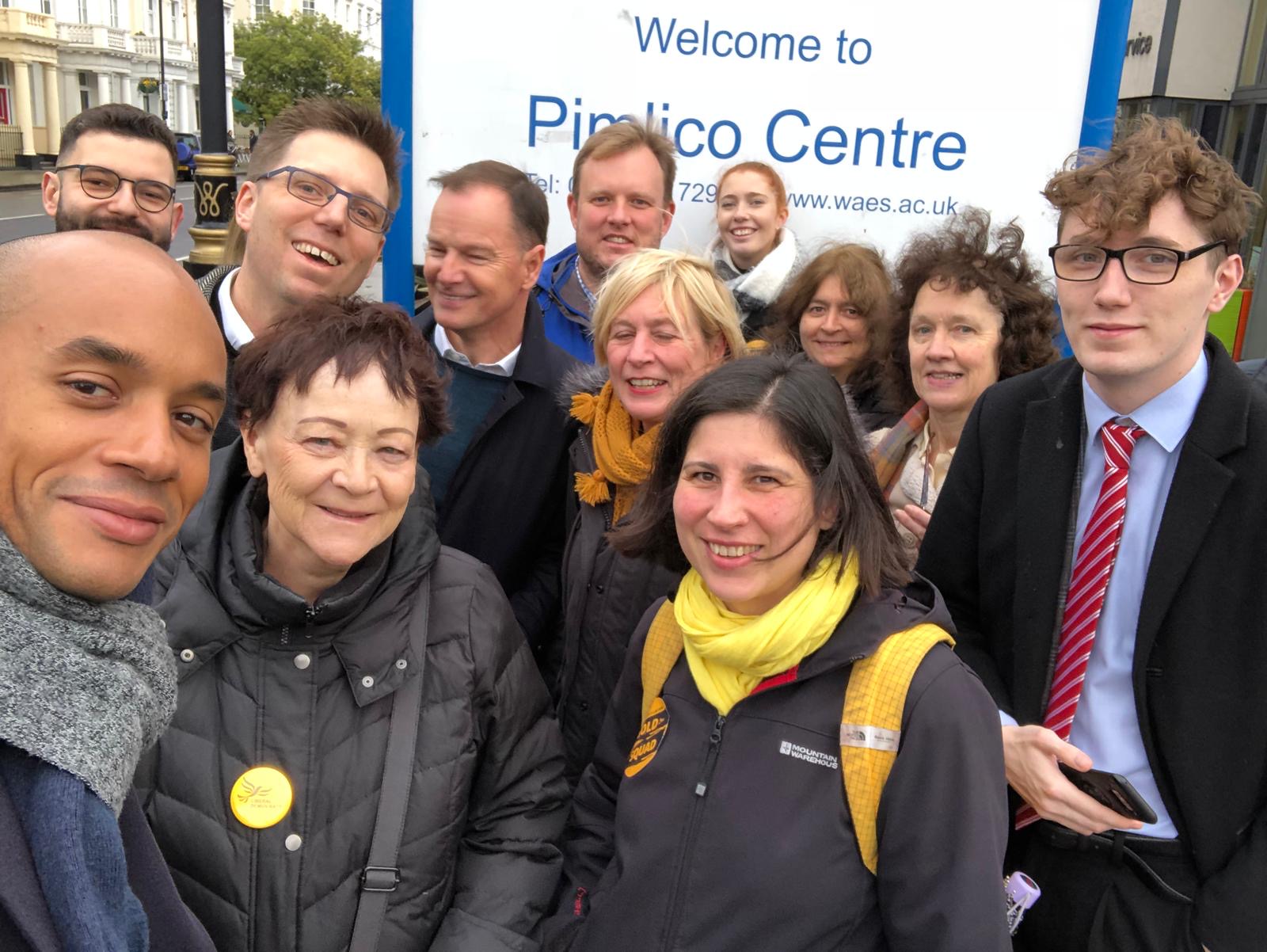 Chuka was joined by our fantastic team of campaigners in Pimlico to talk to residents about his Local Plan and the news of the Observer Poll in the Cities of London and Westminster that showed the Lib Dems within a 3% swing of taking the seat from the Conservatives.

Labour are a distant third in the Cities of London & Westminster, and only Chuka can beat Boris Johnson's Conservatives in this area.